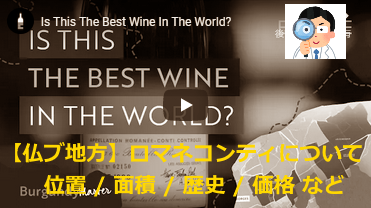 Is This The Best Wine In The World?

Romanee Conti. A name intrinsically associated
with the world of fine wine and the rarest
most expensive and coveted wines in the world.

・通称DRC
・モノポール(単独所有者)
Domaine de la Romanee Conti, also known as DRC,
is named after their monopoly vineyard of La Romanee
Conti and is the pinnacle of fine wine.

You might expect a vineyard that produces
wines that sell for tens of thousands of pounds
to be surrounded by security, however, La Romanee Conti
is as modest as they come. 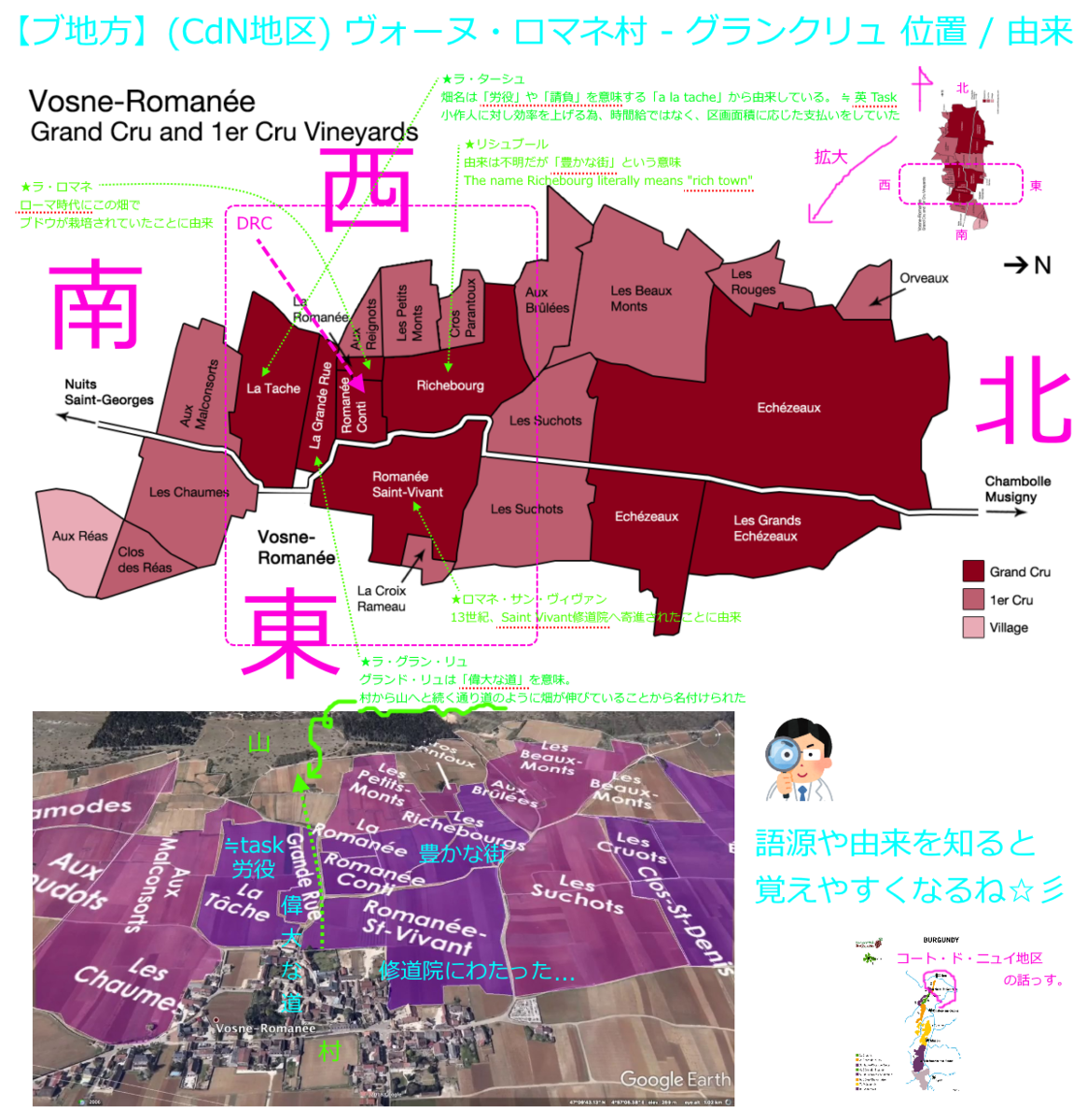 ・村全体の面積＝２９ヘクタール
Why is Vosne-Romanee so famous?
Vosne-Romanee, it's up in the Cote de Nuits.
It's a small village but it has some of the the best producers
in Burgundy
are located in Vosne-Romanee and then really the best of the best is
Domain de la Romenee Conti. That's a small property,
They have, just about 29 hectares
of vineyards. I think nearly all of that
apart from a very, very small vineyard of Vosne-Romanee Premier Cru
all of that is Grand Cru. The Pinnacle of their
domain is the vineyard

★DRCの面積＝１.８ヘクタール
・アメリカでは１本２０,０００ドル＝約２１１万
La Romanee Conti itself, which is 1.8
hectares. So yeah, a couple of football fields. Very small.
That wine, I think the current release, is selling in
America now for about twenty-thousand dollars a bottle.

It's supply and demand, very, very small quantities made,
the collectors of the world, the connoisseurs of the world
really want to drink that wine, and they will pay for it. So, I guess
the prestige for Vosne-Romanee comes from
people like that. It's kind of like Puillac, in Bordeaux, where all of the first
growths are. Famous town because of that.
I think Vosne-Romanee is kind of the same, its got some of the
really super steller expensive
wines and great producers based in that village.

Burgundy's Grand Cru ranking system wasn't officially
defined until the early 1900's.
However, La Romanee-Conti was noted for its superiority
hundreds of years earlier,
and was distinguished from the other vineyards of Vosne-Romanee
in 1584.

In 1760, the vineyard gained its current name
when it was sold to Louis-Francois De Bourbon
The Prince of Conti, who used it to produced wines
for his own personal consumption
He paid an astonishing ten times the
price of what the prestigious Clos de Beze vineyard
had sold for just ten years earlier.

Although the vineyard is past hands multiple times,
in 1942 it fell into the joint ownership
of the Villaine and the Leroy/Roch families,
who have managed it ever since.
It's been in the same family for generations. It's run now by
Aubert de Villaine, who's
a gentleman of Burgundy, one of the most respected winemakers and vineyard owners

★ユネスコ世界遺産に
in the whole region, all of the Cote-d'Or now
is classified as a UNESCO World Heritage Site
and since 2015, and he was the one really pushing for that.
And the actual Romanee-Conti vineyard and the domain itself
they're kind of based right in the centre of Vosne-Romanee. They kind of
they're based where the church is, actually they're
on the site of an old Benedictine Abbey.

・１９４５年は ４２４０００ポンド＝約６２７７万円
The wines of La Romanee-Conti hold a certain
aura in the world of fine wine
and in 2018, a single bottle sold for a
record-breaking price of four-hundred and twenty-four
thousand pounds.
This was the 1945 vintage,
the last vintage of Romanee Conti before the Phylloxera crisis
and a historical wartime vintage which was primarily
managed by the local women while the
men were fighting.

・直近ヴィンテージで１５０００ポンド＝約２２１万円
For a bottle of a more recent vintage,
a buyer would expect to pay well over fifteen thousand pounds.
So what does Domaine Romanee-Conti
taste like? Well, if you've got a credit card lets find out.
As you can imagine, it's
one of the best expressions you can get
of Burgundy, and really you want to find
in great wines is balance
good acidity, not too high in alcohol,
you really want sort of balance, subtlety, you want finesse,
you want velvety, silky-smooth tannins
and really what you want to have in an expensive wine and good quality wine is that length
I think a lot of people would agree,
it's the singular most amazing expression of Pinot Noir
and it's definitely something Pinot Noir makers all over the world
would aspire to making something like that.
So, yes that's what it is. It's just the best.